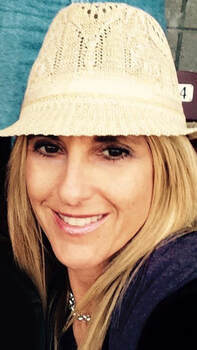 Raised in NYC, Ilise Williams (AKA Sky) experienced all the culture it had to offer. New York City was a gritty place to grow up in the eighties and no doubt influenced Skys' rebellious nature. It wasn’t until later in life, when she re-located to California in the early 90’s, that she realized how important being outdoors was to her and how her new environment enabled  her to flourish. Many trips to the Sierras honed her eye in photography, color, shapes and textures. Today many of her paintings are a direct reflection of the juxtaposition between the natural beauty of California and her urban roots of graffiti and billboards on the subways and streets of NYC. Sky’s work is often intuitive, reflected by color and movement. Sometimes it’s just about the paint. One Stroke or 50, she lets' her intuition guide her.

​Sky is a graduate from The State University College at Buffalo, NY with a B.A. Degree in Television Production. She also Continued studies in Fine Art and Graphic Design at The School of Visual Arts in New York City and Painting at The Art Studio NY.